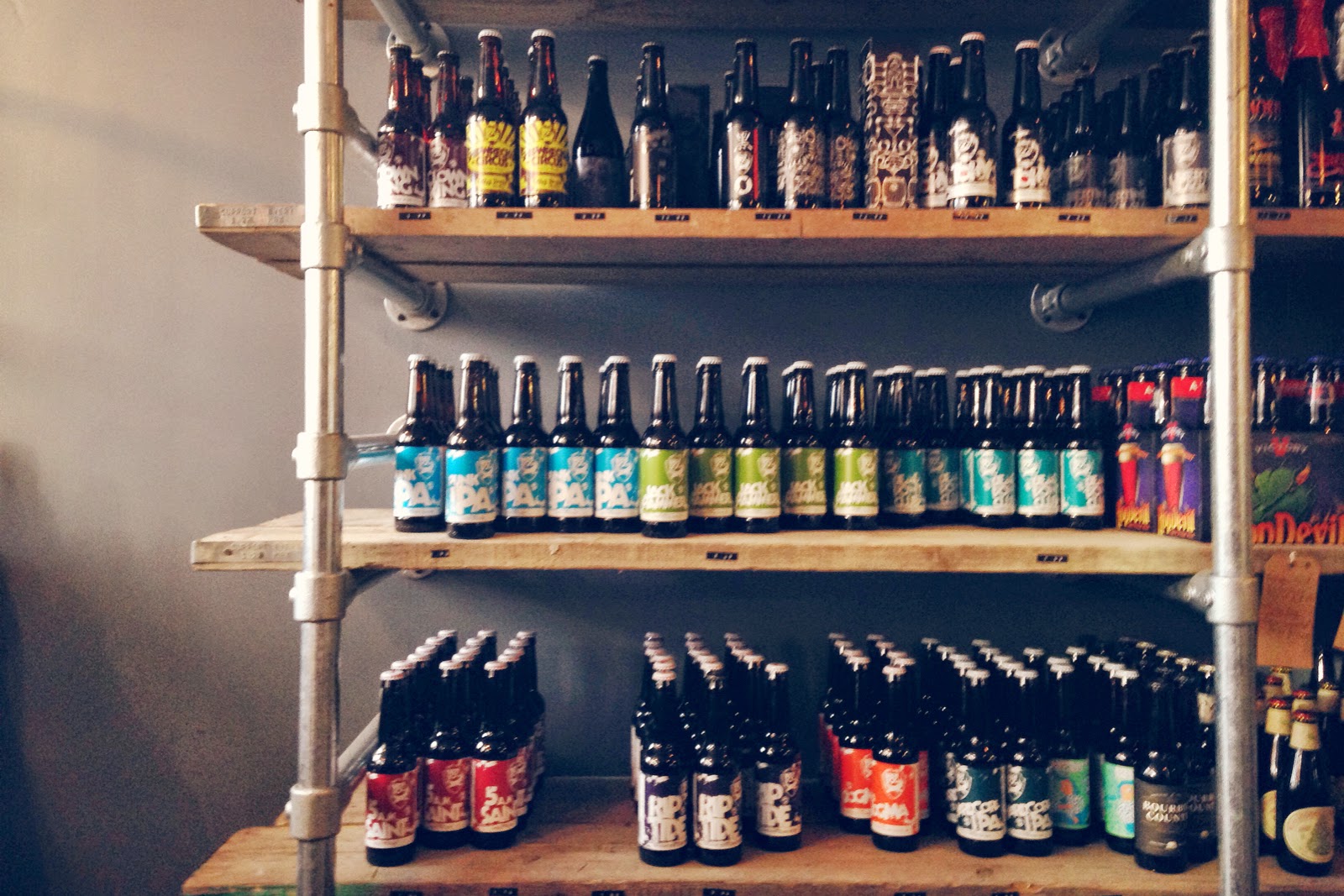 When BrewDog announced that they were opening an off licence premises in Central London I have to admit I got a little bit excited. The Scottish brewery have connections to some of the best breweries in the world and don't do things by halves so I was looking forward to having potentially a huge selection of world class beers available practically on my door step. When they revealed that it would be located on Grays Inn Road which runs between Kings Cross and Holborn I grew increasingly excited as it really would be quite handy for me. I'm sure I heard my wallet let out a muted whimper at this point.

As I made my way from Euston Station through Bloomsbury I mused as to why they chose this location which isn't an area I'd associate with the burgeoning London craft beer scene. It soon became apparent as I dodged office workers, tourists and students alike. This area was picked because it was already ripe with punters and this is a destination store, people will travel from all over the city and beyond to get here if the shelves are stocked as well as I was led to believe. At my brisk pace it takes me about 20 minutes to complete the walk from Euston and I'm soon stood outside the plain grey exterior of Bottledog. It echoes the simpler approach that they've taken with their Shepherd's Bush and Sheffield bars and I like it. It's classy and shows a developing maturity. There's a lovely hand painted window display luring you in and I can see that there are quite a few punters inside, it's busier than your average offy

The counter is immediately on your left as you walk in, the right hand side wall is adorned with fridges, and on the left are some shelves neatly stacked with an astonishing array of brews. I think BrewDog have missed a trick here though, they had the chance to be the first completely refrigerated bottle shop in Britain and this could have shaken things up but it's a good start at least. The first thing that struck me was how big the shop actually is, a huge wooden table sits proudly in the centre of the room which extends back much further than you'd think. It still feels slightly unfinished but when I visited the shop it hadn't even been open a week so you'd expect it to need a bit longer to hit its stride. 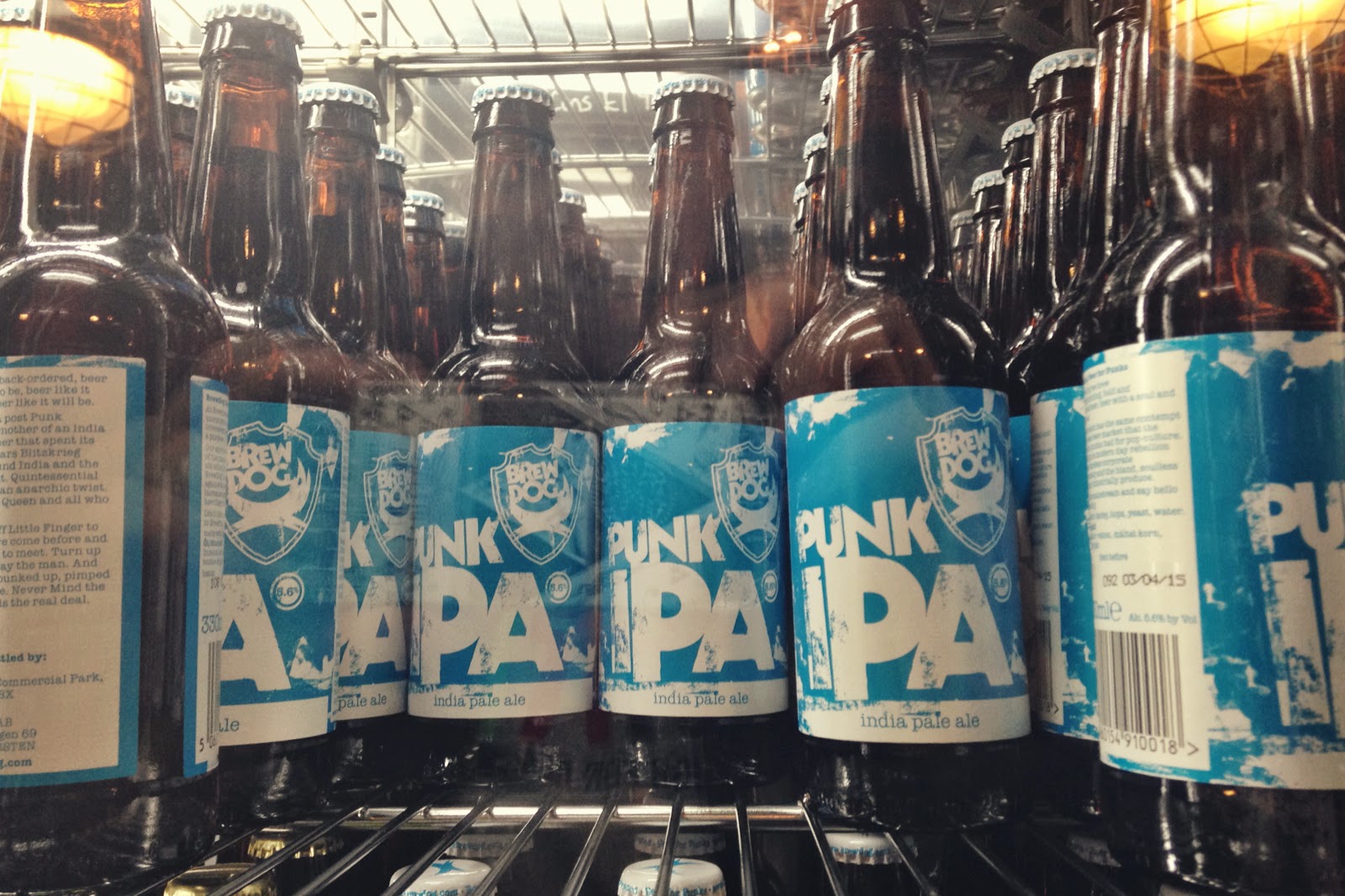 Naturally the shelves are piled high with BrewDog beers, all are very reasonably priced too with Punk being £1.90 a bottle and the excellent Jackhammer being £2.60. There's also a great selection of BrewDog's limited release beers, I made sure to pick myself up a bottle of the new Paradox Imperial Stout that had been aged in Heaven Hill bourbon barrels. Mikkeller are also incredibly well represented which is to be expected as Brewdog are the sole UK distributor for this brand, I was happy to pick up some Beer Geek Breakfast, an old favourite.

It wasn't surprising to see lots of great American craft beer and the sheer volume of great US brews had me quivering with joy. Oskar Blues, Great Divide, Clown Shoes, Green Flash and Flying Dog are just some examples, I even spotted some bottles of 2012 Goose Island Bourbon County hiding on the shelves. It's not just America that's so well showcased though, there is an excellent range of classic German and Belgian beers such as Scherlenkerla, Boon and Orval. In fact on the opening day there were even some elusive bottles of Westvleteren 12 available for sale. Fear not, UK craft brewers are also present with Kernel and Partizan being two of the more prominent examples. This small selection I've written about barely scratches the surface however and if they can keep up these levels of stock then there are going to be a lot of London beer geeks with full fridges and empty bank accounts. 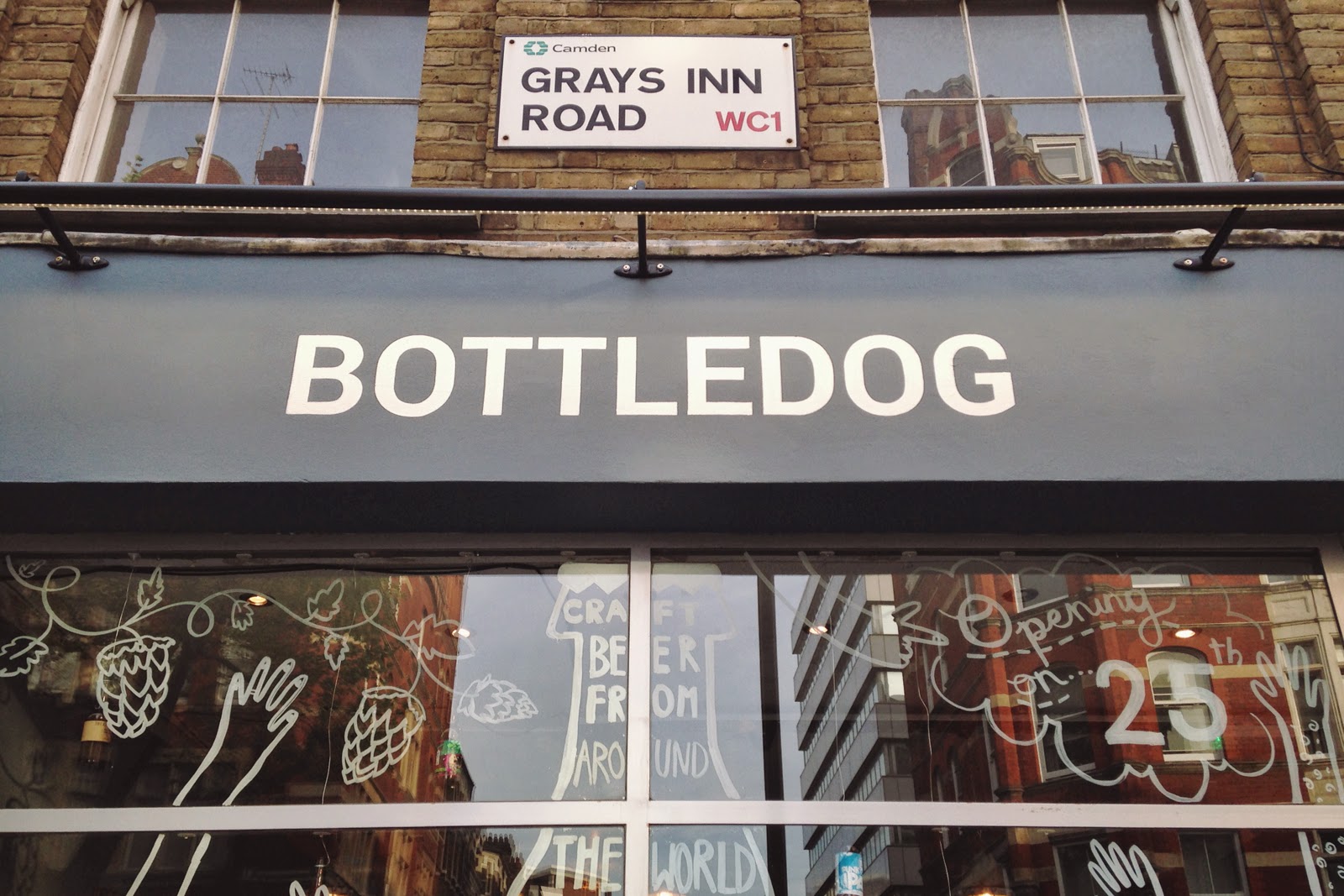 In addition to a range of about 250 different bottles there is also a growler filling station with two lines (soon to be expanded to four) pouring both BrewDog and guest beers. I bought a one litre growler (two litres are also available) for a fiver and my fill of Pressure Drop Pale Fire cost me about £9. The growler fills are pressurized so the beer will keep for a week before you need to drink it. As well as beer there is a range of soft drinks from Hackney's excellent Square Root, there's no wine or spirits available but some more boutique spirits from the likes of Mikkeller may make an appearance in the future. As well as ready made booze Bottledog sells everything you need to make your own with one fridge chock full of vacuum packed hops and little vials of yeast, sacks of malt are piled high at the back of the store. This adds yet another dimension to Bottledogs offering which makes it more than 'just' an off licence.

The thing that struck me most about Bottledog is how great a space it is and I think this is what lifts it above a lot of other beer outlets. There is room here for tasting sessions, bottle share clubs, beer schools and home brew classes. It's hardly revolutionary though as stores such as Leeds' Beer Ritz have already been doing this kind of thing for years but it certainly means that other London beer retailers will have to raise their game. At the moment it feels like that Bottledog have so many options they're not quite sure what to do with all that room yet but I have a feeling when they figure it out it'll be a great place to spend a lot of time and worryingly for my sake, all of my wages.
Posted by Unknown at 18:06