'An Introduction to Craft Beer' at the Duke's Head, Highgate 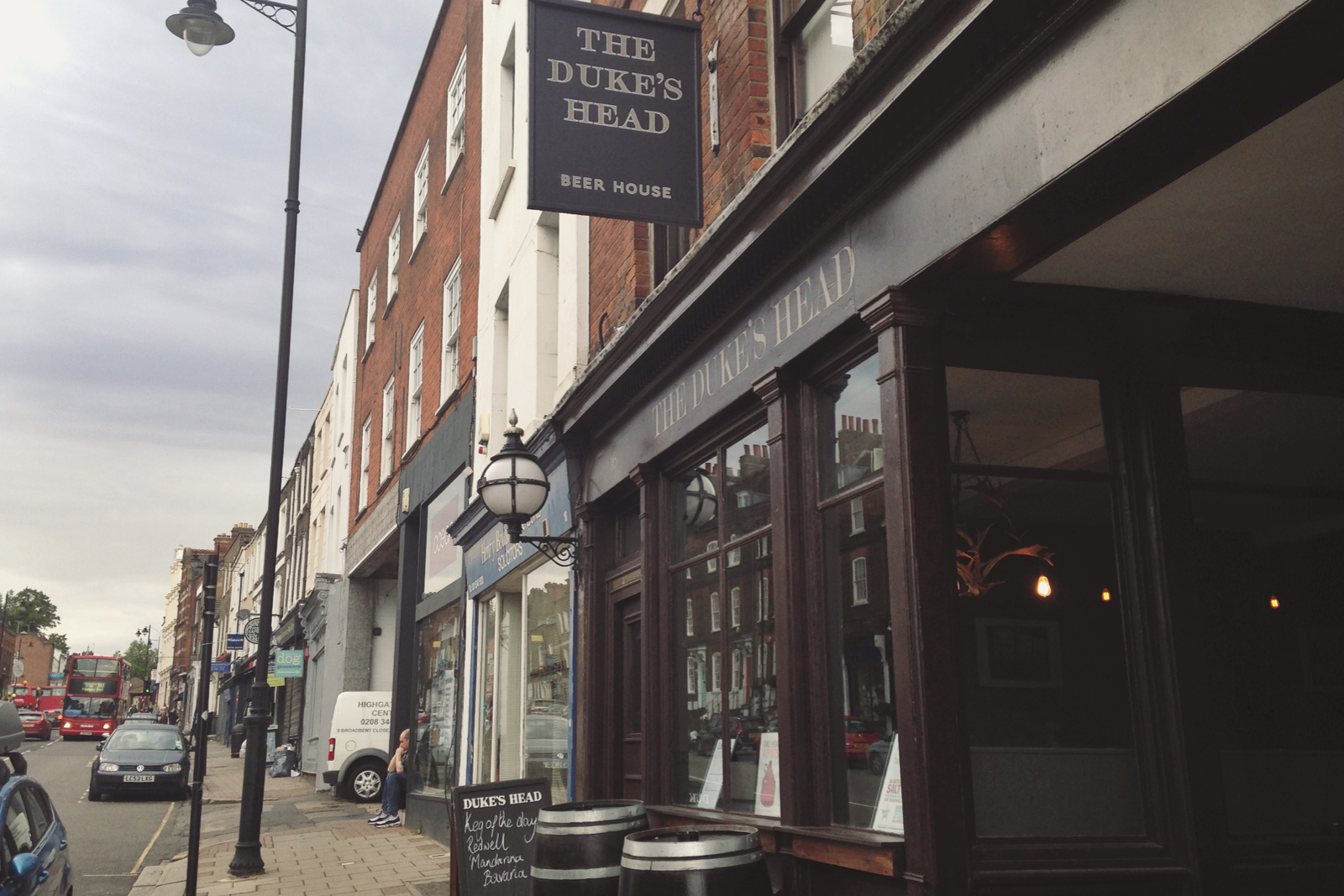 THIS EVENT IS NOW SOLD OUT. THANKS TO THOSE THAT BOUGHT TICKETS, LOOKING FORWARD TO SEEING YOU ON THE 25TH!

Nestled in the picturesque Highgate Village, The Duke's Head is part of a growing set of pubs that is transforming the area into yet another of London's great beer destinations. With ten hand pumps and ten keg lines serving a rotating line up of British beers and ciders from the likes of Brodie's, Magic Rock and Siren there's something here to keep even the most ardent beer enthusiast satisfied. If that's not enough to whet your whistle there's also plenty of bottled beer to drink in or take away, a fantastic selection of wines and spirits plus top notch grub from current kitchen residency The Bell & Brisket. With its deep grey walls, low yet warm lighting and an atmosphere that straddles the line between modern craft bar and old school drinking den it's fast become a favourite place of mine to spend a few hours.

I've teamed up with the folks at The Duke's Head to host an 'Introduction to Craft Beer' evening. Tickets are £20 and are available here: http://www.ticketsource.co.uk/date/122014 but if you fancy checking out the pub first you can also buy tickets over the bar.

The evening will consist of a tutored tasting through six different styles of beer each from one of London's innovative and talented young breweries. Keg, cask, bottle and can will all be showcased and food will be provided in the form of salt beef bagel sliders and fries. The evening will kick off at 7pm on Thursday the 25th of September. There are only 20 tickets up for grabs so don't delay if you're thinking about coming (you really should come!)

This isn't just an event for people who are just getting into beer.

If you have the even faintest interest in beer or are on the cusp of spiralling into total geekdom then great. If you've met me then you know I like to talk, a lot. If you haven't then prepare yourself for a frenetic aural bombardment with lots of arm waving. I'll be talking about what I believe to be the origins of 'craft beer', teach you how to taste beer 'like an expert' which I promise isn't as condescending as it sounds and of course most importantly you'll get to taste some amazing beers while hopefully learning something new.

I'm really into beer and I know all this stuff, what's in it for me?

Great! For starters you'll get to taste some really good beer, some you'll know and hopefully some you won't or at least might not have tried yet. The last thing I want this evening to be is a room of people being sat down and talked at. It'll be a small group and I want to get conversations going. Also this is the first time I've hosted a tasting so it's a prime chance to berate and heckle me or merely come down and give a fellow beer geek some moral support. Either way, it'll be loads of fun and the pub is licensed until 1am (although I promise not to keep talking that long).

On a more personal note when I started writing this beer blog almost three years ago I never expected that I'd get published and be asked to host tastings, it's certainly not the reason why I originally started writing this blog. It turns out that this is something I enjoy doing immensely and would like to do a lot more of. I've made some of my closest friends through beer and this blog and long may it continue. If you're free on the 25th it would be fantastic to see you and I promise you'll get your twenty quids worth. 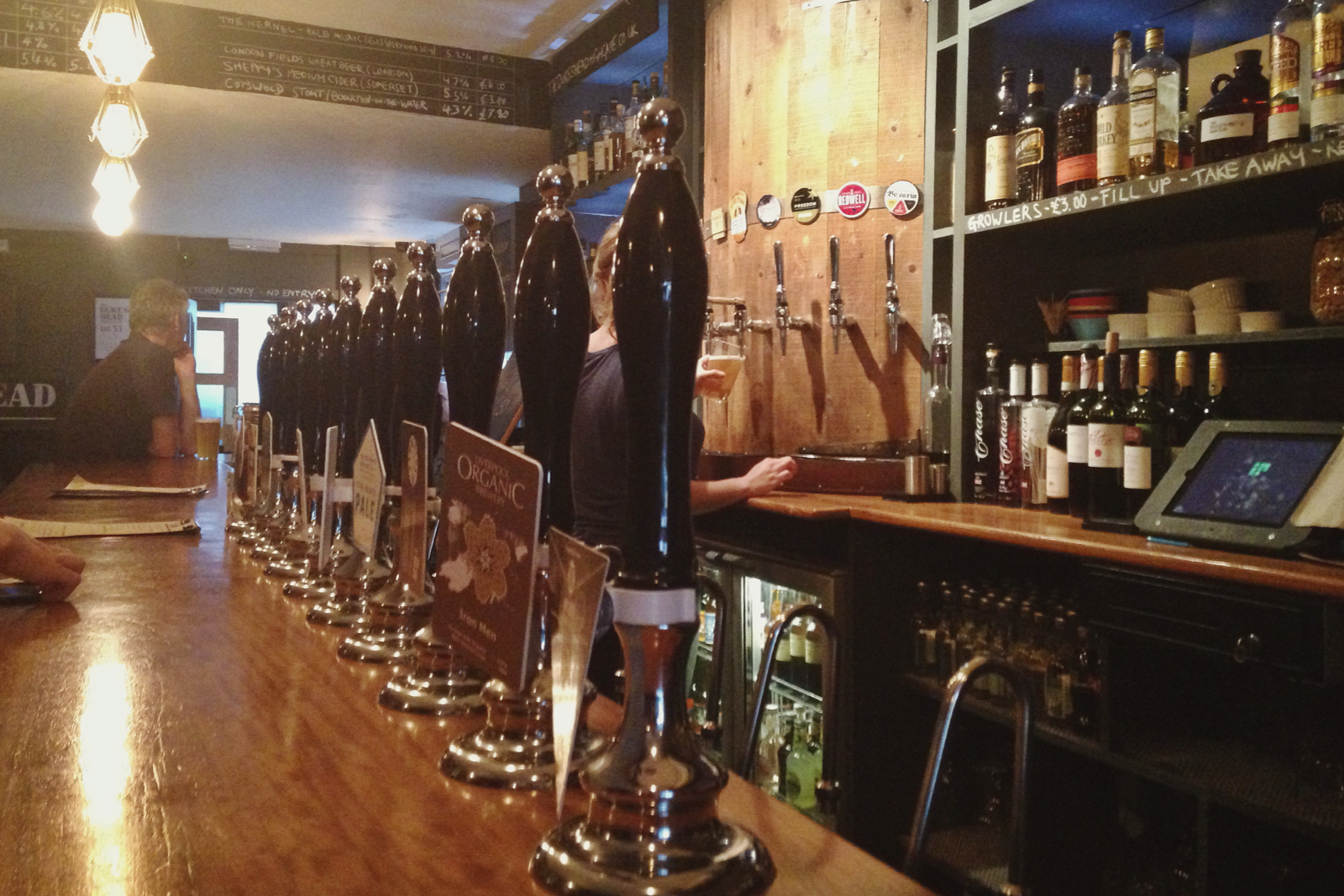