The Fall of Goose Island 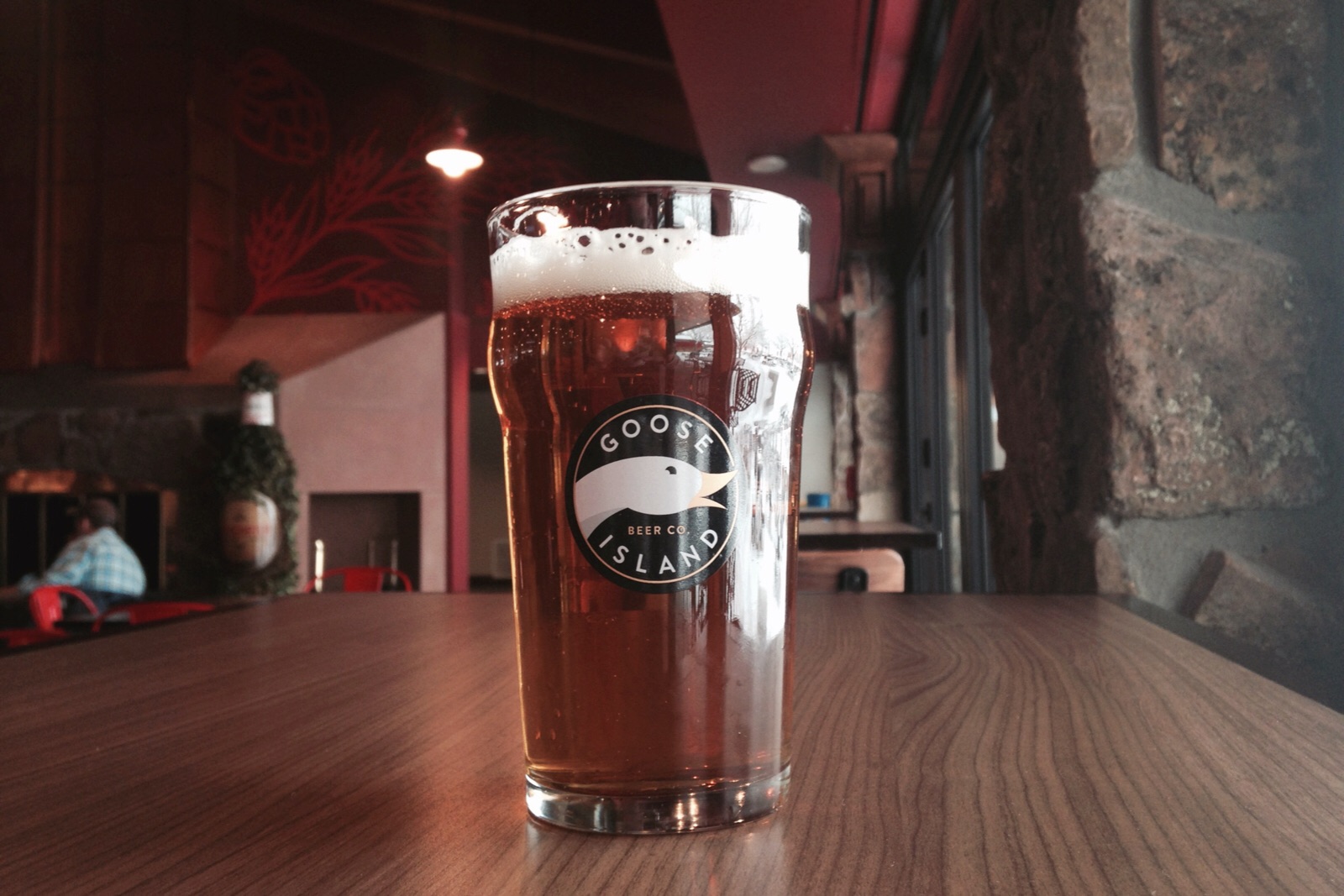 I'm sat at the bar of Denver's famous Falling Rock Tap House, a foaming pint of Stone's Go-To IPA in my right hand. It single handedly proves to me, with its juicy notes of mango and pineapple, that those revered West Coast breweries can brew sessionable beers that taste as good as those that are twice its strength. My Dad is sat next to me, sipping on a Lost Abbey Devotion and has engaged the barman in light conversation. He asks him if the bar stocks any Goose Island beers now that they're brewed within the State of Colorado.

When I discovered that Chicago's Goose Island brewery were having its core beers, 312 Wheat, Honkers Ale and IPA brewed at the Anheuser-Busch facility in Fort Collins, Colorado I was eager to give them a try. Goose Island IPA was a very important beer for me. When I first discovered the explosive taste of North American hops it was one of the more easily obtainable imports. It was always in the fridge at Jack's, my local off licence and it soon became a staple in mine. Remarkably, I still have the tasting notes for this beer, from one of the rare occasions when I actually remembered to write them down. They read; chewy caramel and toffee-like malt backbone holding up huge notes of mango and pineapple with a dry, bitter finish.

I first paid a visit to the Anheuser-Busch facility in Fort Collins when I helped my Dad move to the Northern Colorado town back in the summer of 2010. The immense, brutalist structure was visible from my bedroom window in the house he used to rent. The tour was quite something, after visits to the Odell and New Belgium breweries in town the difference in scale was quite remarkable. Like Goose Island themselves in 2011, Busch had recently been taken over by Belgian industry giants InBev and at the end of the tour I was offered a taster of Stella Artois. The guy pouring my beer lent towards me and spoke; "You Brits won't like anything we've got on tap here, head to Odell's in town, that's where I drink." I'm pretty sure that's exactly what we did.

On hearing that the tasting rooms at Busch's Fort Collins facility had been relaunched as a German style 'Biergarten' I was even more curious to pay a return visit. So, unwittingly, I dragged my family along to the Anheuser Busch Biergarten with the promise of beer and bratwurst. We arrive at the small, office style building opposite the sprawling brewhouse and on asking for directions are ushered into the same room where I was offered a taster of Stella almost five years ago. The large tasting room had been given a lick of paint and the word 'Biergarten' had been printed on several of the walls. They'd even stuck in a few long, Munich style communal beer tables but it's still the same old Busch tasting room I remember from a few years ago. We take a seat, ask for a menu and I order a pint of Goose Island IPA.

After some deliberation from the staff, who I've asked to confirm that the beer is in fact brewed in house, the tap room manager comes over and confirms this. I eye the pint glass carefully, a shrunken, British style nonic with Goose Islands smart, eye catching new branding present on the side. I'd really been looking forward to this, a true classic American IPA, one that turned me on to the style, brewed with all the precision and experience that the mighty AB-InBev could provide. I position my nose above the beer to get a whiff of those fruity aromas but all I get is the faint whiff of yeast esters.

Yes, yeast esters, the last thing you'd expect to detect in the aroma of an American Style IPA which, traditionally uses a yeast that produces little detectable flavour in order to let the malt and hops shine. They're detectable on the palate too, only faintly but still there. Gone is the chewy, toffee malt flavour that balanced the bitter flavours, instead replaced by a cereal-like character. There is none of the juicy tropical fruit I remember tasting, just a wave of nearly characterless bitterness. "It tastes like a dumbed-down, mass produced version of an American IPA" remarks my Dad. Like the majority of the time, he's not wrong.

I'm aware that tastes change and palates evolve. I fully accept that I am a victim of lupulin threshold shift but I refuse to believe that my palate isn't good enough to detect a change this drastic. This is the beer labelled as Goose Island IPA that's being distributed to the entirety of the west of the United States but it's not the Goose Island IPA I remember. The good news for drinkers in the UK is that the bottles imported here via Greene King aren't brewed in Fort Collins, they're brewed in Baldwinsville, New York, if that's any consolation. There's more good news too, the 312 Wheat tastes as good as I've ever tasted it, zesty and popping with lemon notes, backed up by a dry body with subtle hits of, you've guessed it, yeast esters. It's still a superb American twist on a classic wheat beer that I can see becoming as popular as Shock Top or Blue Moon.

I'm still a huge fan of Goose Island, without them I simply wouldn't have been able to get my hop fix a few years ago and I'll never forget them for that. I finish my IPA and order a pair of Goose Island's Chicago brewed Belgian inspired ales, Matilda and Sofie. Both are exceptional, crisp and dry, with a massive depth of character despite being so subtle. I still sought out a bottle of this years Bourbon County Brand Stout to bring home with me, of course I did, it's one of the best examples of its style in the world. I had to bring it back though, as we won't be getting any more in the UK for a while, not now that Greene King have reduced the range they're importing to just Honkers Ale, IPA and 312 Wheat.

There is no doubting that AB-InBev have treated Goose Island well. The rebrand is slick, the upscaling of their core range has allowed them to significantly expand their barrel ageing program and they're reaching more people than ever before. The thing is, if fundamentally important beers such as Goose Island IPA are treated with this apparent irreverence then this once respected Chicago brewery will soon become irrelevant, to lovers of great beer at least.
Posted by Unknown at 07:47